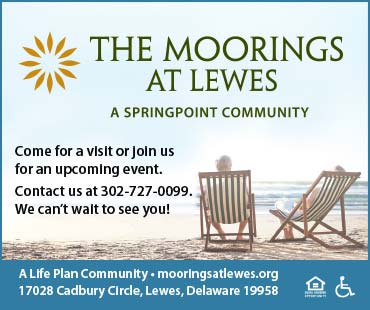 Winter WonderFest Lights Up the Night 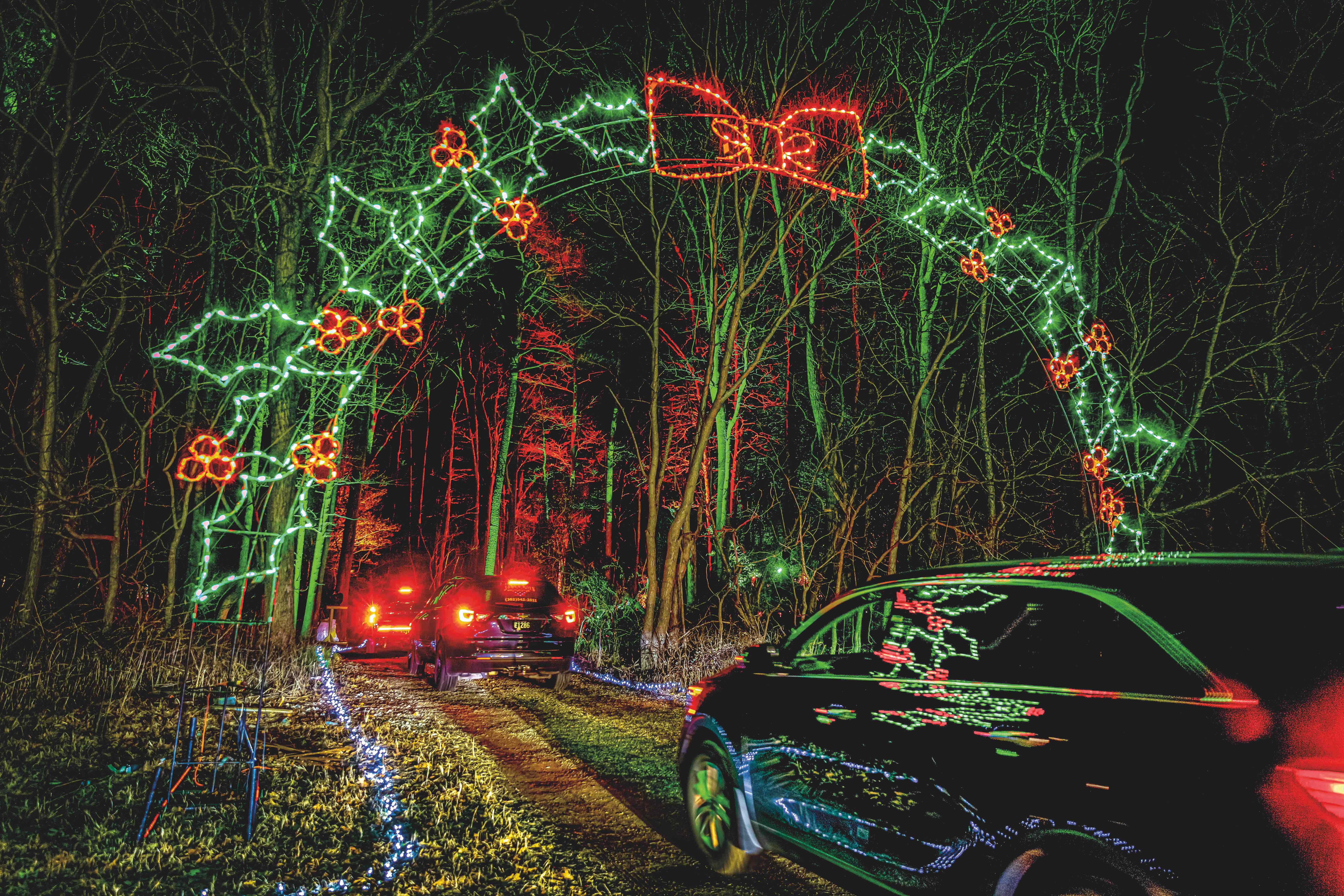 Driving along Route 1 after the sun sets in November and December, it’s hard not to become a distracted driver when passing by Hudson Fields. There, thousands of red, white and green holiday lights twinkle brightly against the night sky.

Since Winter WonderFest began at Cape Henlopen State Park in 2016, the light spectacular has come to attract more than 80,000 people throughout the holiday season. The growing demand is what drove organizers to Hudson Fields, where there’s more space to expand the philanthropic community light show and holiday celebration.

The lights brightening the eastern Sussex sky have attracted international visitors by providing an added reason to visit the Delaware beaches in the off-season, says WonderFest Event Director Peter Briccotto. The influx of attendees boosts local businesses and the tourism economy, while proceeds from the event are largely given back to community organizations.

At its inception, “we started just a community light show with the goal of having a community gathering place,” Briccotto says. Despite the changes since then, the festival has retained “a very down-home feel,” he adds.

In the event’s five years, the number of lights have doubled, and the 2021 iteration will debut a new, permanent “Small Wonder” exhibit with nods to such iconic coastal Delaware landmarks as the Indian River Inlet bridge, the Delaware Breakwater East End Lighthouse near Lewes, the iconic Dolle’s sign and the World War II towers along the shore.

Briccotto says he was new to the area when he pitched his idea for a holiday light show to local business leaders back in 2015. One of the first people he approached was John Snow, a founding member and director of Community Bank Delaware and a partner in Highway One, the corporation that owns the Rusty Rudder, Bottle & Cork and other Dewey Beach businesses. Snow was all in — and took on the role of president of Festival of Cheer, the nonprofit organization that puts on Winter WonderFest — but on one condition: That there would be a carnival at the end of the light display, like one he had visited in nearby Virginia many times before.

“The event, when it started, was at the end of a dead-end street at the park. We had no ‘drive-by’ visitors,” Snow recalls. “Now we’re on the busiest road in Delaware. It has exploded much quicker than we thought it would. The move to Hudson Fields was really a game-changer for us because it provided us so much exposure.”

Despite that growth, the COVID-19 pandemic has forced organizers to scale back again, eliminating some popular attractions included in past years such as the carnival and the ice skating rink. But plenty is still offered. In addition to more than a mile of lighted displays, there will be hayrides, Christmas trees for sale, and car-side food and beverage service.

For Mark Banaszak, working at the event is a family affair. Briccotto is his stepson, so he jokingly refers to himself as a “voluntold” instead of a volunteer.

“I didn’t really get a choice, but I think I would have made the choice to be there,” he says, noting that his wife, Carla, was a national-level roller-skater and his stepson was a national-level ice skater. The mother-and-son duo also have coaching experience, and brought those skills to past Winter WonderFests.

Building and maintaining the ice rink has always been Banaszak’s specialty, but he’s helped wherever needed, from hayrides to manning ticket booths. Since he’s been involved from the start, Banaszak has come to think of some returning attendees as old friends: “You get to know kids and families throughout the area and the community. That’s my biggest takeaway: That even if they come out for one night, they’re contributing to their own community. Secondly, it’s just straight-up fun.”

Last year’s scaled-down event benefited from about 100 volunteers contributing more than 3,000 hours, according to Briccotto. (In past years, upwards of 300 volunteers have helped set up and run the show.) Even at its reduced size, WonderFest 2020 was still able to give back $50,000 to the community through grants. Over the years, the event has raised and disbursed $205,000 to more than two dozen organizations and individuals.

“Folks assume there’s a big corporation at the top collecting all this money, but that’s not the case,” Briccotto says. “We want to maintain a tradition, which is challenging enough, but we also want to make sure we’re giving back to our community. And it’s all for a great cause.”

ONLINE For more about the festival, along with hayrides and Santa at the end route, which will run from Friday, Nov. 19, through Sunday, Jan. 2, go to wonderfestde.org.