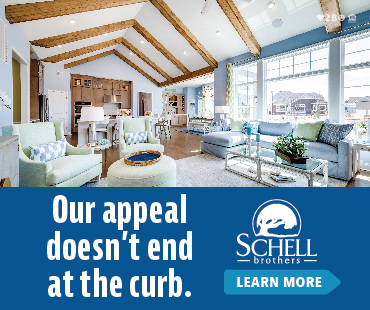 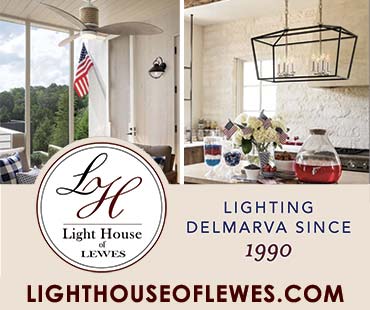 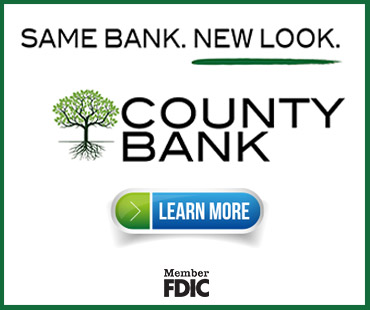 Jimmie Allen’s hometown formed the heart of his musical success 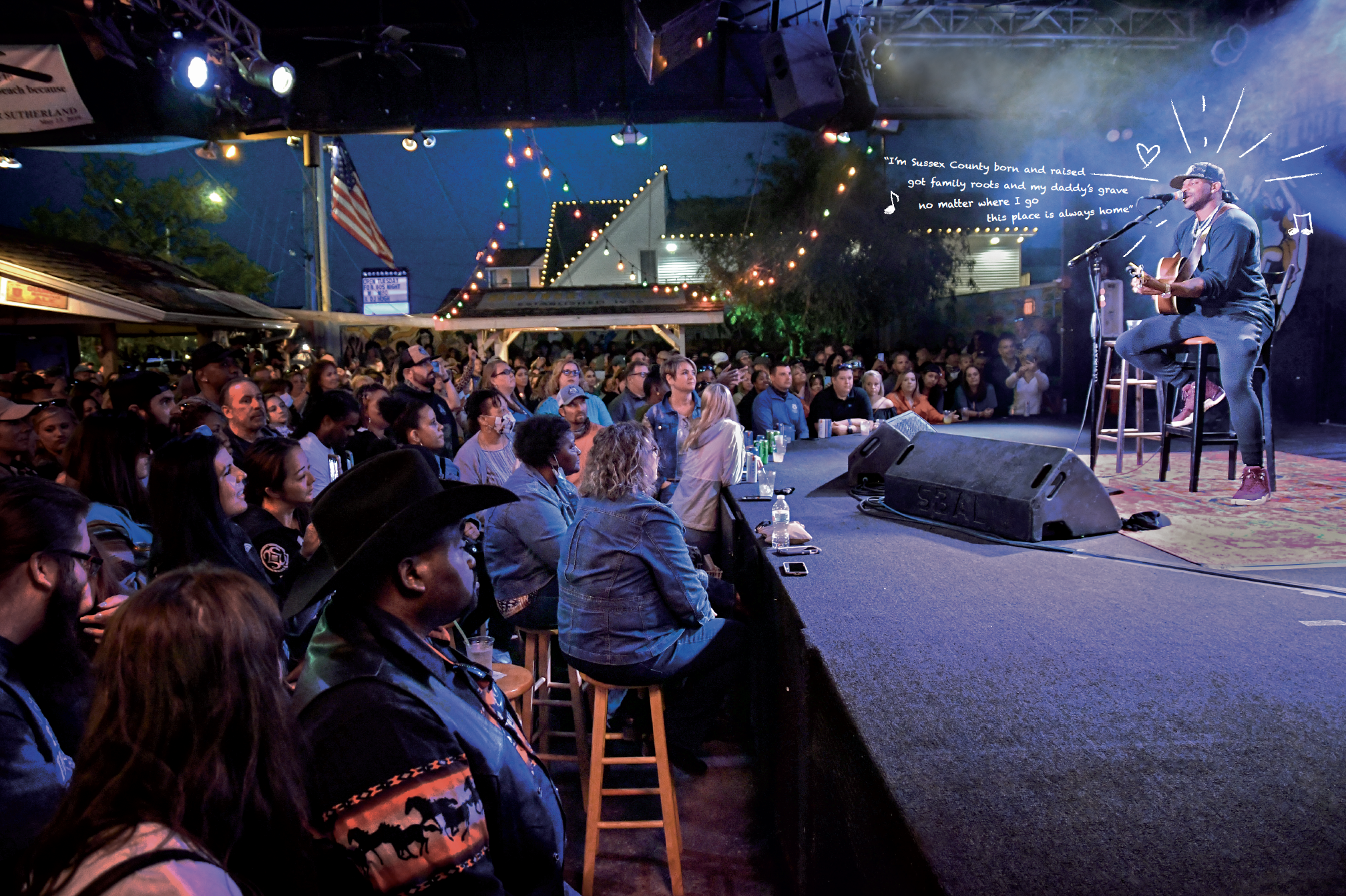 For his millions of ardent fans, “Down Home” — the first single from his new album, “Tulip Drive” — is just the latest in a long string of hit songs from Allen; a procession of tunes that tap into the grand traditions of country music, from pickup trucks on dusty roads to grits bubbling on a rustic kitchen stovetop.

But for those who remember Allen growing up in Milton, the song conjures up images of the youngster heading out on a boat with his dad to drop a line into the Lewes-and-Rehoboth Canal, or motoring out to Indian River Bay and the Atlantic beyond.

“We’d fish, then fish some more, then play baseball, then fish some more,” says Allen with a laugh, reminiscing from his home near Nashville. “That was pretty much it. Depending on the time of year, we’d venture out to the outer wall or the inner wall. And we’d get some pretty nice sheepshead over by the Coast Guard station.”

The official “Down Home” music video offers generous glimpses of Allen’s childhood stomping grounds — from an aerial view of Milton to a closeup of the deep fryer at Gus & Gus on the Rehoboth Beach boardwalk.

But mostly, “Down Home” is an ode to Allen’s father, “Big Jim,” who passed away in 2019. In a touching Instagram post at the time, the musician related to his fans that he dealt with grief by heading out to one of the pair’s favorite fishing spots. “As I reeled my line I thought about all the memories me and dad had fishing there,” he wrote. “I’m gonna miss the man that raised me on country music, and who I give credit for my career today.”

Speaking now, Allen expands that thought. He credits his success not only to his father but also to his coastal Delaware childhood.

“Man, it’s the people I grew up with there,” he says. “That’s where I learned my love of people. When you come from humble beginnings, the people around you teach you two things: the value of hard work — and also the joy of life.”

Allen’s rags-to-riches story is the stuff of Nashville legend: After graduating from Cape Henlopen High School and attending college at Delaware State and the University of Delaware, in 2007 he headed to Music City, joining the annual swarm of country music hopefuls — living in his car to keep expenses down. He kicked around that scene for 10 years, making friends in the business and paying his dues at clubs and low-rent concerts. Allen even scored a brief run on TV’s “American Idol.”

“In 2011, I wrote down my plan in an old notebook,” he recalls. “The plan was to be an overall entertainer. Not just in music — but music would be the catalyst.”

At the heart of The Plan was a three-step process predicated on Allen recording three separate No. 1 country music hits.

“According to my plan,” he elaborates, “after I got my first number-one hit on country radio, I’d start doing TV appearances — the ‘Today’ show, ‘Good Morning America.’

“Then, I’d get my second number-one song. And that’s when I’d really dive into it, making appearances on different shows like ‘Let’s Make a Deal,’ and mentoring on ‘American Idol.’

“Finally, after my third number-one song, I’d take it up a notch. I’d host a TV show, work on a movie, and write a kids’ book.”

So, in summary: To achieve true success, all Allen needed to do was score three top-of-the-chart country music songs. It was a plan that sounded a lot like Steve Martin’s old routine on how to become a millionaire and never pay taxes: “First, get a million dollars … ”

As it turned out, Allen had the “million dollars.” His first single, “Best Shot,” rocketed to the top of Billboard’s Country Music chart in 2018. His second, “Make Me Want To,” went to No. 1 in 2020. Allen’s third No. 1 hit, “Freedom Was a Highway” — a duet with Brad Paisley — topped the chart earlier this year.

Along the way, Allen was named new artist of the year at the 2021 Country Music Association Awards (he’d won the Academy of Country Music’s new male artist of the year honor a few months earlier, becoming the first solo Black performer to do so). He performed in the Macy’s Thanksgiving Day Parade. He finished seventh on “Dancing With the Stars.” And he brought a staid Kennedy Center Honors audience to its feet with a rousing rendition of Garth Brooks’ “Friends in Low Places.”

Now, with that third No. 1 song under his big silver country belt buckle, it was time for that children’s book.

It’s a sweltering August day, but that does not seem to have discouraged anyone in the long line of adults and children that’s snaking toward a folding table set up beside the Lewes Public Library.

At the table, Jimmie Allen is signing copies of his children’s book, “My Voice Is a Trumpet,” a joyful, colorful exaltation of individuality and tolerance that has for months been sitting comfortably on several top 100 lists.

With brilliantly colorful illustrations by Cathy Ann Johnson, Allen’s book sings with the rhythms of a master songwriter. “Some have a voice that’s patient and wise,” reads a page with an illustration of a young girl caressing her grandmother, “with lessons of life told through sparkling eyes.”

For an illustration of two girls using sign language, Allen writes, “There’s a voice that is silent but still can be heard with hands that move to speak every word.”

“I wanted to write a book that would help kids believe in themselves; in their own voice,” he says. “Kids need to know that they shouldn’t let the opinions of other people weigh on their opinions of themselves.

“That’s why it’s called self-esteem — not other people esteem.”

But with self-confidence comes responsibility toward others, Allen adds.

“Kids need to use their voices to stand up for people who can’t stand up for themselves,” he says. “Your voice is your unique footprint. It’s what you leave here on Earth; it’s the way you touch other people to make their lives better.”

That lesson from a children’s book is one Allen continues to apply to his grownup life. Although his career has taken him far from Milton, Allen remains deeply involved in creating and supporting programs to benefit people in his home state. When he heard that Delmar Police Cpl. Keith Heacook had been killed in the line of duty last April, he rushed back home to perform an acoustic charity concert at the Bottle & Cork in Dewey Beach to benefit the slain officer’s family. At the height of the COVID-related unemployment crisis, he hired 50 people at the companies he started in Delaware during the lockdown — Sussex Septic, Role on Transportation (a dirt- and-gravel-hauling business for which he acquired six dump trucks) and Del Made (an apparel company). During the 2021 Millennial Summit in Wilmington, Allen explained that “the empire I’m trying to build isn’t just for me, it’s for family, for friends, for other people.”

“The money we raise isn’t for textbooks,” he notes. “It’s for kids that, for instance, can’t afford to go on field trips. Kids that need help with lunch. If they see a kid who needs shoes, they’ll use the money to buy ’em new shoes.

“It’s a fund that fills a void. ’Cause I know when I was growing up in Milton, I didn’t have the best of everything. Sometimes I had holes in my shoes, or clothes that didn’t fit. Kids have enough to deal with. The last thing I want is for them to worry that their shoes won’t last the whole school year.”

“August 13 is also going to be Jimmie Allen day in Delaware,” he says with a touch of incredulity. “Which is just crazy.”

These endeavors are the public side of Allen’s continuing involvement with coastal Delaware, but there’s a quieter, more subdued aspect, as well. Every so often, he enlists an old friend around here to pull together a group of 15 kids and their parents or guardians. They gather in a backyard, fire up a barbecue, and sit, and eat, and talk.

“I’ll go around the circle of kids,” he says. “I ask each one, ‘What are you facing right now? What are you struggling with?’ Well, they’re kids, you know? They’ve all got struggles. It’s the struggles of life. And we just try to help them find the silver lining. We try to remind them that no matter what you’re going through, there are always two ways to look at it.”

There’s a good reason why Allen includes parents and guardians in these gatherings, and it goes back to his own childhood, going fishing with his dad, coming home to dinner cooked by his mom.

“Everything comes down to parents and guardians,” he says. “A lot of kids just want to be loved. They want to feel empowered. The thing I’ve really been focusing on when talking to adults is the need to instill confidence in children, even before they start school.

“As my mom always told me: ‘You know who you are.’”Allen — who’s raising three small children with his wife, Alexis Gale — has already put that lesson to work himself. “I’ve been talking to my son about bullies,” he says. “We sat down, and I feel like I gave him the tools he needed to handle the situation, no matter what someone said about him.

“‘If they tease you,’ I told him, ‘their words don’t mean anything. Can’t nobody bully you if you don’t let them!’ But if kids aren’t taught that, how will they know?”

In his songs and his words, Jimmie Allen asserts one basic biographical truth: He grew up in the country. That rural idyll may have been demonstrably true when he left Milton in 2007, but these days, getting snarled in outlet mall traffic on Route 1 or watching housing developments sprout like pointy mushrooms along Robinsonville Road, it’s a little hard to accept.

Do we still live in the country?

“Oh, yes, definitely!” Allen declares, quicker than you might expect him to.

“Just go a little out west. It’s still open space. They’re raising cattle and cows out there! That’s how you know you’re getting close to Milton. You start smelling the cow manure. That’s country!”

Mostly, he adds, it’s the people who make a place country. “Not the tourists!” he hastens to add. “Although they pay the bills, so a shout-out to the tourists. Appreciate y’all!

“But I’m talking about country people: a Middle America way of thinking, even though we’re near the beach. 9-to-5 people. Small-town people. People who grow things for food. Farm people. Chicken people.

But there’s nothing more country, he says, than an inherent affinity for hard work … and a willingness to use those labors to make life better for others.

“I challenge myself daily,” he says. “Whether I’m working on a charity or on my career, whenever I think I’m doing something right, I try to do more of that. ’Cause when you get comfortable, that’s when you get caught slipping.

“Every shortcut is just that: a shortcut.”