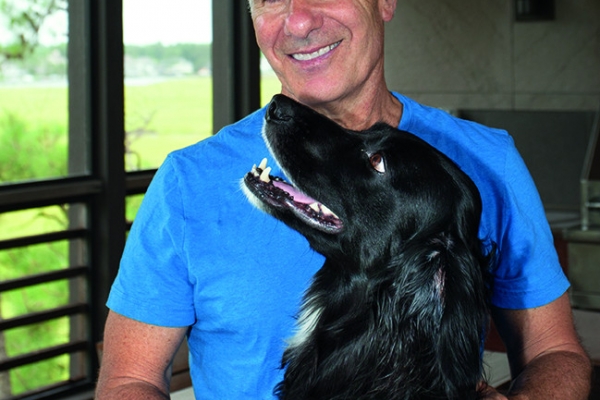 Homeowner with Charlie the dog!

From the September 2016 issue

The vacation home of Gary Phillips has its roots in an overheard conversation. Shawn Ewbank, who was working on his master’s degree from the San Francisco Institute of Architecture at the time, was visiting Phillips’ Washington, D.C., home. They and some friends were gathered around a set of plans that Phillips, an attorney, had commissioned for a home he planned to build on a piece of land overlooking the marshlands adjacent to Rehoboth Bay. Everyone was throwing out suggestions for tweaking the plans to make them more to Phillips’ liking.

“It was a Dutch colonial design, and a beautiful home,” Ewbank says. “It just wasn’t what Gary wanted.”

As he listened, Ewbank started sketching. “I drew up floor plans and elevations that I thought looked like what Gary was saying that he wanted. After everybody went home, I showed them to him.”

“It just jumped off the page at me,” Phillips adds. “It was so unique and beautiful that I was wowed.”

Ewbank spent the next two months drawing detailed plans. After finishing up his degree in 2009, he worked on the Phillips house plans with the engineering firm Orndorf & Associates of Greenville, Del., making sure that the structure was equipped to withstand the strongest winds, exposed as it is to the elements.

Construction on the 4,200-square-foot home started in 2011 and was completed two years later. The contractor was CMG Construx of Washington, D.C., which at the time had an office in Rehoboth Beach. The site supervisor was Mike French.

Ewbank describes the architectural style as “organic,” a term used by Frank Lloyd Wright and epitomized by his Fallingwater, a house built over a waterfall in southeastern Pennsylvania. Under that philosophy, buildings should be one with the environments that surround them. There are also repeating themes throughout these organic structures that “create a sense of cohesion,” Ewbank says. In the Phillips house, those themes include expansive views, a consistent color palette and exposed posts and beams, covered in oak reclaimed from barns and other structures in the Allegheny Mountains.

The Phillips home has many large windows for maximum views. The front of the structure faces south; large overhangs block sunshine in the summer, when shade is preferred, and let it in the winter, when the sun is lower in the sky and its warmth is welcome.

The house is built on what Ewbank calls a “meridian pattern,” with the exposed posts forming sightlines to the marsh and the bay beyond. “I put my heart and soul into this, agonizing over every line,” he says. “The construction workers would say, ‘Don’t worry about it! What difference will it make if we’re a quarter-inch off?’ But just that little bit matters. Everything has to line up perfectly.” 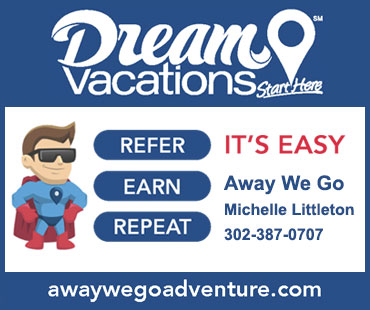