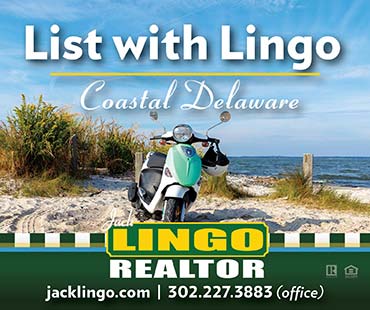 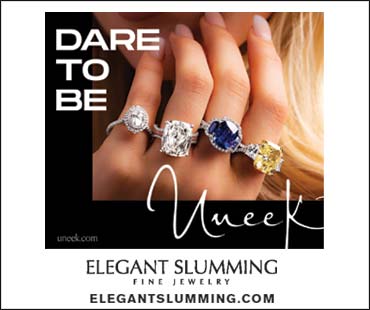 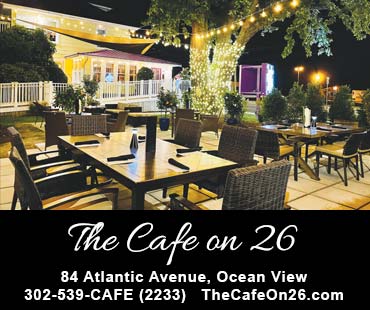 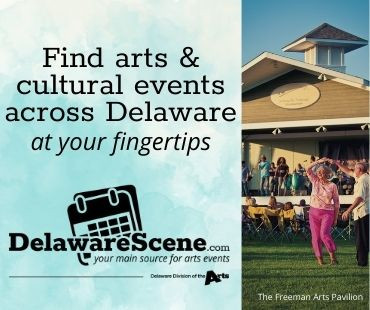 By Lynn R. Parks | Photographs by Carolyn Watson
From the October 2018 issue

More than a century ago, a jeweler from Philadelphia built a summer cottage in Rehoboth Beach. According to family history, Milton Bovard had spent some time at the Rehoboth Camp Meeting, a Methodist gathering held near Baltimore Avenue and Second Street, and was so taken with the area that he purchased a lot in the newly laid out ocean block of Maryland Avenue.

His family “would be a short walk from the beach and the newly built Tabernacle, where the Methodist Camp Meetings took place,” Cameron Mactavish, husband of Bovard’s great-granddaughter Michelle, wrote in a history of the cottage. “He hired a local builder named Truitt and for $1,500 acquired a lot [and had built] a house with a brick sidewalk and an outdoor privy.”

That house, to which Bovard took his children and where his grandchildren and great-grandchildren spent their summers, is no longer standing. It — as well as the house next door, which was acquired in the 1970s by Michelle’s father, William Barnes Sr. — was demolished in September of last year.

Michelle’s brother, Bill Jr., watched the demolition. “It was like there was a piece of me that came down with it,” he says.

But as difficult as that was, the result was well worth it. Now, standing in the cottages’ place, are two houses built on the same footprints as their predecessors and nearly identical to the 19th-century structures.

“When you look at what we’ve built, and how they match what was here, it’s just incredible,” Bill says. “Somebody walking down the street would think that we’ve just remodeled.”

Both homes were built by Graulich Builders of Lewes. The one at 12 Maryland Ave. was completed in late June. Construction next door, at 14 Maryland, was finished a month later.

Both homes are owned by the Barnes family: Michelle and Bill as well as their sister, Liz Drayton, and their brother, Jonathan Barnes. The families rent out the houses during the summer and use them as vacation homes the rest of the year. Next month, the whole family will be there for Thanksgiving, Liz says, including the siblings’ 10 children and perhaps their mother, Marie Louise, who is 90 and lives in Philadelphia. Bill Sr. died in August 2016.

When family members were considering what to do with the properties, they had three options, Michelle notes. One: They could fix up the homes, neither of which had heat or air conditioning. (In addition, 14 Maryland, the house where her family had vacationed, was built on brick pillars instead of a foundation. Often, at the start of summer, a member of the family would have to crawl beneath the house to shore up the supports.)

Two: They could just sell the property. Or three: They could tear down the existing homes and build new.

The family opted for the third choice.  “We came to the conclusion that we wanted to rebuild the homes, and make them family gathering spots for generations to come,” Liz explains.

Cameron, who is co-founder and principal of Voith & Mactavish Architects, based in Philadelphia, was the architect for both projects. “He really understood the feel of the houses, saw how we used them and how we moved around in them,” Michelle says.

“I tried to capture the feel of the old houses in a new way,” Cameron says. “They are built in the spirit of the 19th century, with all of the comforts and amenities we are used to in the 21st century.”

He describes their style as “muscular Methodist camp.”

At 2,700 square feet, the home at 14 Maryland is the smaller of the two. Gray on the outside like its predecessor, it is painted inside in what Liz calls sea-glass tones: light blues, grays and tans, “very soothing and calming.”

The kitchen was at the rear of the old house. The new iteration has the kitchen at the heart of it and open to the living room, which faces the street. The first-floor bedroom and a bathroom are tucked in behind the kitchen.

An open stairway ascends from the kitchen to the second floor, where there are four bedrooms, and the third floor, where there is another. A window with a perimeter of small colored-glass squares looks over the staircase from the first landing. The window, which was in the living room of the original house, is the one part of that building that the family saved for the new construction. Michelle stripped paint from its wood and replaced the clear glass in the large center panes with frosted glass.

“It was a labor of love,” she says. “The window is a real connection to the original house. It was the only decorative element in the whole house, and we kept it.”

The living room fireplace mantel is the one part of 12 Maryland that the family saved for the new house. Painted on the lintel, the upright part beneath the shelf, is a poem that, after researching and finding no reference to it, Cameron believes was written by someone living there — someone familiar with bonfires on the beach, as well as with the fleeting nature of time:

In the driftwood’s magic glow,
Phantoms flicker to and fro.
Ships that sailed to far-off seas,
Salt from some forgotten breeze.
Tales oft-given, dreams long fled,
Withered roses kindled red.
Afterglows of days gone by,
Vanish as the embers die.

Above the mantel hangs an unfinished painting of the sea and sky by Marie Louise Barnes. Two other paintings by the family matriarch are in the living room; one is a seascape and the other shows her children playing in the waves. “I’m sure that she did them in house paint,” Michelle says.

As in 14 Maryland, the kitchen at 12 Maryland is at the heart of the house. Behind it are a bedroom and bathroom. On the second floor, toward the back, is another bedroom, the floor of which is a step down from the central hallway. There was no structural reason to drop the floor, Cameron says. But the back bedroom in the original house had a stepdown. “It just feels right this way,” he says.

At the front of the 3,750-square-foot home’s second floor is what Cameron calls “the dorm” — four bedrooms. The third floor has two other bedrooms, as well as a common area with a foosball table. “This is where you can put the teens,” Michelle explains.

Both houses have screened porches that stretch across their fronts. “Porches are so important,” Cameron says. He and Michelle and their large 8-year-old dog, Jupiter, are sitting on the porch at 12 Maryland on a sunny, warm morning, enjoying the sea breeze and watching people making their way to the beach. “It’s a social thing; you can participate in conversations with people as they walk by. There’s a real connection between the porch and the street.”

Cameron likes the idea that as rentals, the two houses will play host to many people. “It really makes me feel good knowing that these are places for families,” he says. “The memories that people who stay here make will last a lifetime, and will be passed down for generations.”

Perhaps that’s not very different from what Milton Bovard, looking long ago at his brand new summer cottage near the Rehoboth Camp Meeting site as well as the Atlantic Ocean, was thinking.