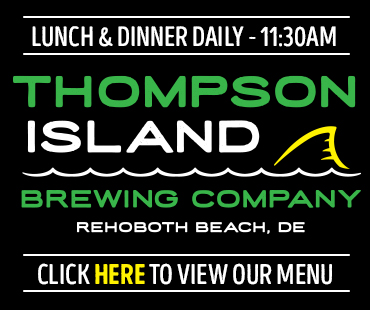 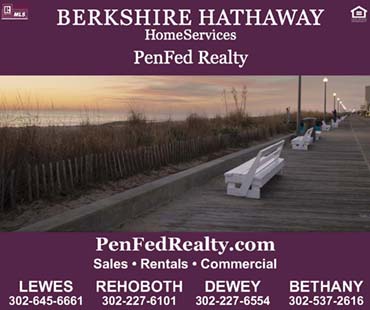 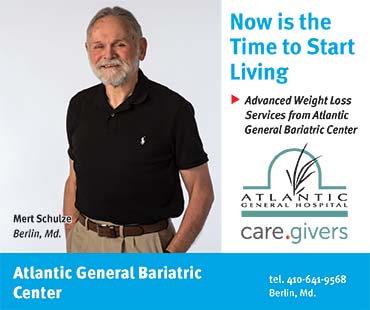 New construction preserved the essence of the home it replaced

By Lynn R. Parks | Photographs by Carolyn Watson
From the Winter 2020 issue

Joanne and John Phelps of Monkton, Md., bought their first vacation home in the Sussex Shores community north of Bethany Beach more than 30 years ago. On strolls around the neighborhood, they frequently walked along Surf Avenue and admired a property toward the street’s south end.

For one thing, “it was oceanfront,” Joanne says. And for another, “we knew the family that lived there and knew that that property had a soul in it.”

When the home became available in 2016, the Phelpses bought it. Though they ended up tearing down the 1950s structure — “We brought somebody in who was going to revamp the house, make it into what we needed, and then, once he got in there, there wasn’t a whole lot to work with,” Joanne explains — the one they subsequently built there was designed with the property’s history in mind.

“We remembered that soul and we really wanted to bring it in,” Joanne says. Architect Chris Pattey, with Salisbury’s Becker Morgan Group, and interior designer Connie Britell of Dovetail Interior Architecture and Design in Bethany Beach, “nailed it.”

They “captured the soul of what living on the beach means,” John adds.

In designing the house, Pattey took into account the climate — including how the sun and predominant breezes hit the property — the ocean, beach, vegetation and views, as well as Joanne’s and John’s personalities. “All of these things work together to … create an intangible emotional connection between the inhabitants and the built environment,” Pattey says.

Planning and construction of the home took three years. Contractor for the project was Miken Builders of Millville, and landscaping was done by Yard Designs of Salisbury. Yard Designs owner Bryan LeCompte “did a wonderful job incorporating the structural elements [with] the planting areas, driveway and hardscape,” John says. “His choice of plantings, textures and colors really enhances the beauty” of the house.

In addition to honoring the “soul” of the property, the couple also wanted to take full advantage of its view of the ocean. The house has lots of large windows as well as four porches and, on the ocean side, ground-floor and second-story decks.

The ground floor is primarily for guests, with three bedroom suites (one is the “bunk room,” with twin red-lacquered beds) and a sitting area complete with three leather swivel chairs and a coffee bar. The frame of a canopy bed in one of the guest rooms is made from curved tree branches, so that it looks like the rectangular nest of a giant bird.

Walls along the wide stairway to the second floor are lined with old fence boards, salvaged from the Phelpses’ farm in Monkton and whitewashed. The boards “create interest on the walls” and “keep the high ceilings from overwhelming the space,” Britell says.

On the second floor are the kitchen, as well as the great room and master suite. Walls in the living area — where large windows, as well as a glass door that opens onto a deck, face east — are pale blue. Tile around the fireplace is a mix of blue and tan.

The dining area, painted a sand color, has a custom-made pedestal table that can seat up to six people. A sideboard there is made from reclaimed pine and has antique French hardware.

John and Joanne designed the kitchen around a French bakery cabinet, made from vintage materials, including the wood and two sets of arched glass-paned doors. The cabinet sits against a wall, with a long counter on one side and a coffee nook on the other.

The quartz island counter is a mix of black and shades of brown. “I absolutely love it,” Joanne says. “It has a wave look, mimicking the ocean. And the colors look like the sand. It really works well to bring the outside in.”

“We chose elements [to] complement the outdoor color scheme,” Britell notes. In addition, “the paint colors throughout are reminiscent of the beach and its splendor.”

On the southwest corner of the house, just off the kitchen, is a small porch that faces Surf Avenue. “We’ve found that we spend a lot of time out there, and we didn’t think we would,” Joanne says. “It has a great view of town.”

Another of her favorite places is the chaise in the master bedroom. It sits in front of a large picture window, overlooking the beach and ocean, and almost within reach is a glass door that opens onto a deck.

What John likes most about the house is walking up the stairs and “the unveiling of the view from every angle.”

Joanne says that there is nothing about their Bethany vacation home that she and her husband would change: “We absolutely love the house. Every time we go there, I like it more and more.”