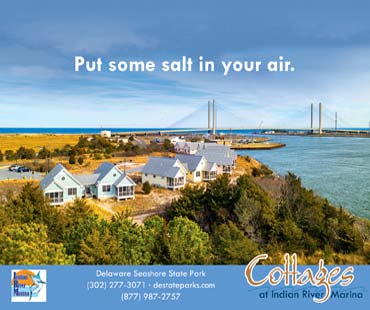 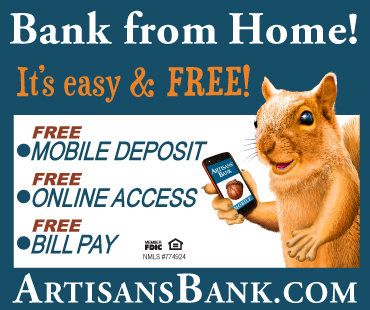 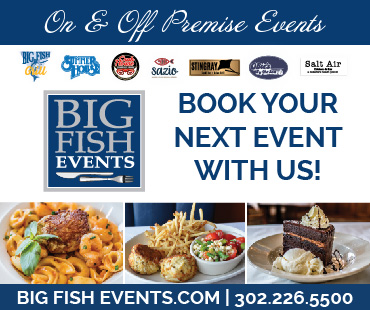 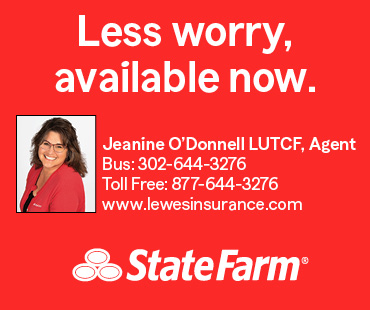 Intro by Pam George | Photograph by This email address is being protected from spambots. You need JavaScript enabled to view it.
From the October 2020 issue 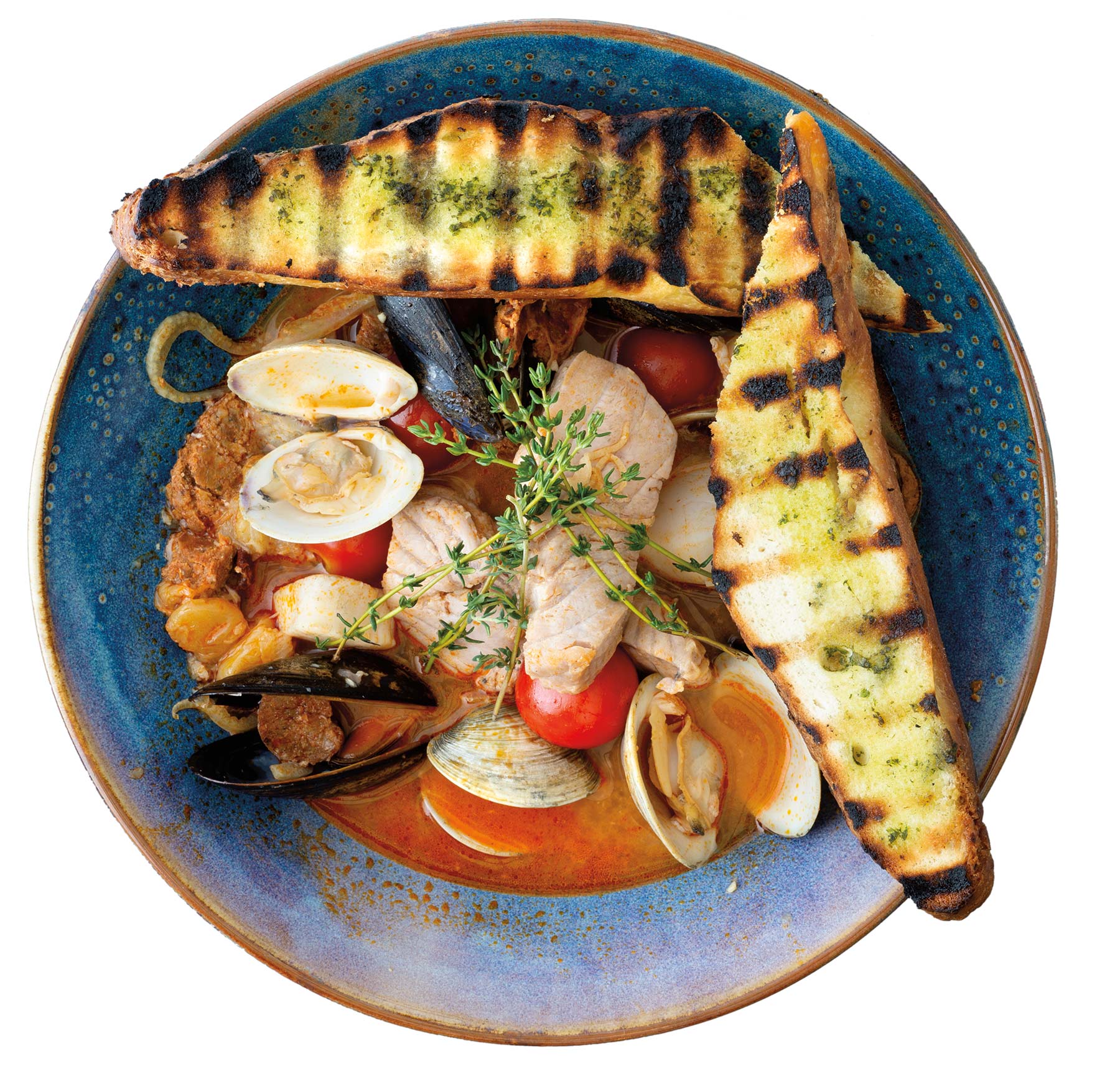 When temperatures drop, Fred Warrington loves making pots of goulash, chili and soup for family and friends. At Off the Hook in Bethany Beach, where he is the executive chef, he’s known for the seafood-heavy cioppino, an Italian-American fish stew born in San Francisco.

The dish is a perfect fit for the Wilmington native, who moved to the beach about 20 years ago. “I always liked being near the ocean,” he says. In part, that’s because he likes to fish in his spare time.

Warrington was just 6 when he started helping his mother and grandmother in the kitchen, and he often snuggled next to his grandfather to watch celebrity chef Wolfgang Puck on television.

“That sparked my interest at a young age,” says the chef, who was 16 when he became a dishwasher at The Ground Round in Newark. “I haven’t looked back.”

For 10 years, he’s worked at Off the Hook, a seafood restaurant that provides plenty of ingredients for cioppino, which includes a variety of finfish and shellfish.

You can use any type of seafood you wish. Traditionally it was made with the catch of the day, or whatever fishermen contributed to a collective pot. But always start with a seasoned tomato and wine base.

STEP 1 In a large stockpot, heat a teaspoon of olive oil. Chop the fennel stalks and fronds. (Reserve the bulb for later.) Add the stalks, onion, celery, carrots, black peppercorns and bay leaves to the pot. Slowly and gently cook the vegetables until they’re soft.

STEP 2 Pour the white wine into the stockpot. Add the tomato paste. Cook for 10 minutes to release the alcohol.

STEP 3 Add the vegetable stock or water, thyme, oregano and basil to the pot. Simmer for about 45 minutes. Salt and pepper to taste.

STEP 4 Strain the broth to remove the vegetables and herbs, keeping only the broth.

STEP 5 Place the strained broth in another large pot.

STEP 6 Chop the remaining fennel bulb and add it to the broth along with the tomatoes and all the seafood except for the shrimp. Bring to a boil.

STEP 7 Boil until the clams and mussels start to open. Then add the shrimp. You can also add the optional butter.

STEP 8 The stew is done when the clams are fully open and the shrimp are cooked. Garnish with thyme sprigs. Serve with toasted bread to soak up the broth.