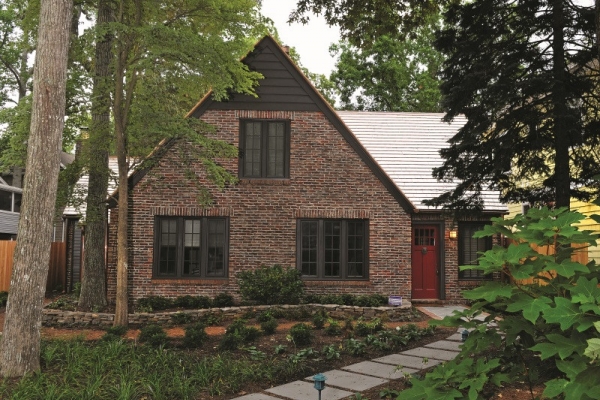 From Clinkers, a Classic

Imperfect bricks add charm to a 1928 original and 2012 expansion

By Lynn R. Parks  |  Photographs by Marc Clery
From the May 2014 issue

When Geoff Vernon was a child, he and his family lived in a small, brick, Tudor-style house on Henlopen Avenue in Rehoboth Beach. His bedroom was in the front of the house, with windows that looked over the street. And at night, long after he was supposed to be asleep, Geoff would climb out of bed, crawl through a window and drop onto the ground. From there, he would meet a friend who lived in nearby Henlopen Acres and “we would spend the night scouring around Rehoboth.”

The challenge was that his mother, Marilyn “Billie” Vernon, sat in the living room in the evenings, right beneath his bedroom, and read. “She would hear the thump when I hit the ground,” he recalls. “But by the time that she got up to see what it was, I would be hidden in the bushes.”

The Vernon family moved into the small home in 1957, when Geoff, who still lives in the Rehoboth Beach area, was 10. There were three upstairs bedrooms.

Geoff’s brother Bill (who died in March), had the back bedroom; Bill had had the front room until their mother caught him escaping one night. Their younger brother, Gainan, slept in a small room on the east side of the house.

It was a great house to grow up in, Geoff says. Built in 1928 by the Horn family (owners of the Blue Hen Theater on Rehoboth Avenue and Horn’s Pier, which jutted into the ocean east of the avenue), it had nooks and crannies that were perfect for three rambunctious boys. Among those hideaways was an attic papered with old movie posters from the 1930s and 1940s. “We loved to go up there and look at those,” he says.

Today, the house is a vacation home for Diane and Joe Andrews of Dover. While its footprint isn’t what it was — a construction project completed in July 2012 nearly doubled the size — the original part of the house looks very much as it did when the Vernon family lived there.

“We fell in love with this house the first time that we saw it,” says Diane, an attorney with Bayhealth Medical Center in Dover. “We had been looking for years for a second home at the beach and nothing ever seemed right. But this house was so charming, so appealing.”

Diane and Joe, who has a dermatology practice in Dover, bought the house in 2002. The first time they saw it, a “for sale” sign in the front yard said that a contract was in the works. Even so, Joe called the real estate agent. “As luck would have it, the contract fell through,” Diane says. “We were ecstatic.”

The house is made from clinker bricks — bricks that have been rejected after the firing process due to irregular shape or color. The mortar that joins them together is extruded, or dropped: Instead of being smoothed to form a valley, it was allowed to squeeze out, dripping down onto the brick below. That kind of joint was typically used with clinkers, says Randy Burton, owner of Burton Builders, of Lewes, which designed and built the addition. “Having irregular bricks and then a perfectly struck mortar joint would look strange,” he explains.

Burton imitated that same style in the home’s new exterior walls and in interior fireplaces and chimneys. He also left standing the original back wall, which is now in the middle of the structure.

When Joe and Diane contacted Burton about the project, they told him they wanted the addition to have an organic look, “almost as though it’s in nature,” Diane recalls. They had recently visited Fallingwater, the 1935 Frank Lloyd Wright-designed home in southwestern Pennsylvania, and had fallen in love with the way it blends into its natural surroundings.

So the addition has lots of large casement windows that replicate the wooden ones in the original structure and that let in abundant light. A wall of windows, extending from the ground floor all the way to the roofline, looks onto a south-facing screened porch. The addition’s flooring is slate tile in shades of brown and gray, and all of the wood, including the ceiling, beams and window trim, is unpainted (though sealed to protect it).

The Andrewses also admired the fact that while much of the Fallingwater floor plan is open, it still has intimate spaces. “We wanted to create a place with ample room for lots of people, which at the same time has little pockets where small groups can gather,” says Diane. A recent party, attended by 16 people, proved that Burton’s design was successful: “There was room for everybody and people could be in their own groups yet still feel part of the whole.”

Interior designer for the project was Lauri FitzGerald of Stony Run Home, of Baltimore. The landscaper was Stuart Ortel, principal of Stone Hill Design Associates, also in Baltimore. In 2013, the home won the people’s choice award in the annual Red Diamond Achiever contest sponsored by Integrity Windows. Burton says that in the 27-year history of his construction company, this house stands out. “I think it is our most fantastic project,” he says.

Geoff Vernon, who this past Christmas sent out cards featuring a painting he did of his boyhood home, hasn’t visited it since his mother sold the property in the early 1980s. But he has driven by and has seen the work Joe and Diane have done.

And he plans to visit sometime.

Whether he will enter by door or by window remains to be seen. 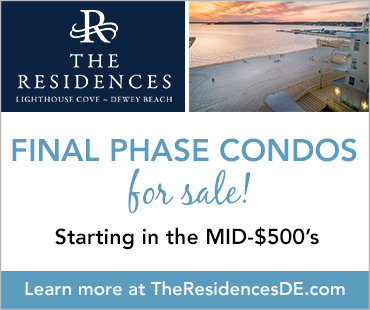 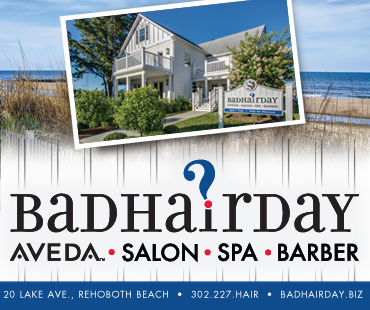