By Lynn R. Parks  |  Photographs by Carolyn Watson
From the June 2018 issue

The three watercolors by German artist Larissa Strunowa-Lubke that grace Bruce Palmer and Jason Scott’s Rehoboth Beach-area home are lovely. A visitor may want to stand quietly near the living room corner where they hang, and admire them.

But that visitor better be careful: In front of the portraits — perched on a black and gold three-legged Empire stand, just below eye level — is a cobra, its head reared and its “hood” spread flat. This snake looks ready to attack.

Well, as it turns out, the momentarily startled visitor can relax and return her attention to the paintings. The cobra, an unusual albino, is stuffed.
“Our cleaning woman tells us that she’s not going to dust the snake,” says Bruce, who purchased the creature after it had been mounted by a taxidermist. “But I really like it. I like strange and unusual things and to find an albino cobra is quite rare.”

The couple’s vacation home in Canal Corkran is full of rare items. In the living room are two Papa Bear chairs (1951) by Danish furniture designer Hans Wegner. Finding just the chairs would be difficult enough, Bruce says. But to find them paired with their original ottomans, as he was able to do, is even harder. The chairs have been reupholstered but have their original teak arms and legs.

Also in the living room are a pair of mid-century-modern glass lamps by Orrefors, a glassworks in Sweden; a 17th-century Swedish chest; and, lying on the mantel, an 18th-century Swedish bronze candlestick, shaped like a curved seesaw with a brass candleholder on one end and a replica of a falcon’s head on the other. Bruce’s maternal grandmother and great-grandmother grew up in Sweden and he wanted Nordic elements in the room.

And then there is the art. The front wall of the living room is lined with signed lithographs by Picasso, Chagall and Miró. In their company is a painting from the “Better World” series by contemporary American artist Peter Max.

The couple live in Wilmington where Jason is a schoolteacher and Bruce has an interior design business. They bought their vacation home in 2010 after renting places in Rehoboth Beach for several years. “I always have one or two projects going on down here at a time,” Bruce notes. And anyway, “who doesn’t want a house at the beach?”

The house, built about five years before they purchased it, was structurally in good shape. “But it needed TLC,” Bruce says. He and Jason had a lot of interior work done, including new paint and wallpaper, and three years ago had a new floor put in. The heart pine boards are reclaimed from an Old Crow distillery in Kentucky.

The 3,500-square-foot, symmetrical home is shaped like a staple, with the front door and living room in the center and a white painted chimney at the bottom of each leg, facing the street. East of the living room is the Octopus Room, so-called because the wallpaper there, in two tones of blue, has octopi on it, as well as jellyfish. A pewter octopus sits on the mantel.

The kitchen and formal dining room are on the west side of the living room. An antique crystal chandelier hangs over the dining room table; the wallpaper there is cream with gold palm leaves.

Upstairs are a master suite and a guest bedroom, as well as a small sitting area at the top of the stairs. Artwork in the sitting area includes two signed lithographs by Andrew Wyeth and four oil paintings by John Jonik, who draws editorial cartoons for The New Yorker. The area that Bruce refers to as the “Dali Gallery,” with works by Salvador himself, stretches along the hallway that leads to the master suite.
The upper third of the walls in the master bedroom are painted in irregular-width stripes of purple, dark turquoise and olive. The cathedral ceiling is made of pecky cypress, cut from swamp trees that have fallen and lain there long enough to start rotting. (Boards from those trees are marked with holes and dark spots.) Bryan Cohen, a faux-finish artist in Wilmington who painted the stripes on the walls, also painted the metal ceiling registers to look as though they too are made from pecky cypress.

Bruce says that when he decorated the house, his goal was to come up with something very different from his and Jason’s home in Wilmington. “There, our house is very serious, monochromatic with a lot of gray,” he says. “I wanted this house to have a totally different feel, with lots of color. I wanted it to be fresh, exciting and playful.”

In the dining room, next to the fireplace, Bruce has hung a painting of the colorful and grandiose Casa Batlló in Barcelona, originally a house and now an events center. The 1877 building was renovated in 1904 under the instruction of Catalan architect Antoni Gaudí, known for his one-of-a-kind designs.
“Having this painting hanging here reminds me to think outside the box,” Bruce says. “It is a good reference point for the value of trying to come up with something new.”

The benefits of reaching beyond the ordinary is the lesson he hopes people who visit his home as part of next month’s Cottage Tour of Art, sponsored by the Rehoboth Art League, will take away. He points to his eclectic living room as an illustration of those benefits. There, mid-century modern mixes with 17th century, Empire, neo-classical and 1940s art deco. Not to mention the cobra.

“Don’t worry about always looking for things that ‘match,’” is Bruce’s guiding principle. “If you have possessions that you love, you can put them together and it will work.” 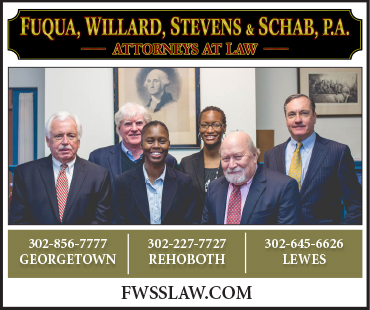